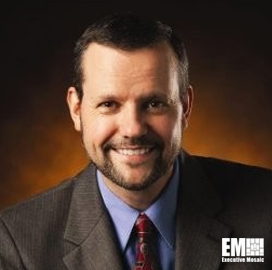 Bent’s duties include ensuring the execution of current programs, overseeing procurement, manufacturing and quality/continuous improvement, according to his company profile.

He took on various leadership roles at Oshkosh before becoming a C-level executive.

His LinkedIn profile shows that he had a six-year stint as Oshkosh Defense’s vice president of operations. He held the same role for a year at the company’s fire and emergency segment, during which time he led the resurgence of Oshkosh subsidiary Pierce Manufacturing in Bradenton, Florida.

Additionally, he is the former senior director of manufacturing at Oshkosh Defense. In that role, he facilitated the production ramp-up of the company’s Family of Medium Tactical Vehicles and the international production launch of the Mine Resistant Ambush Protected All-Terrain Vehicle.

Previously, he worked as a general manager at Amcor Flexibles and plant manager at automotive supplier BorgWarner.

He started his career as a manufacturing engineering/operations specialist at General Motors.

Bent attended Kettering University in Flint, Michigan, where he earned his bachelor’s degree in mechanical engineering and master’s degree in manufacturing management.