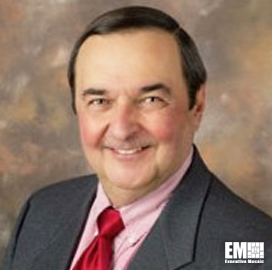 Don Trost is the chief development officer at TechSource, working out of Camas, Washington. He has over 50 years of experience in government policy and practices, focusing on real property, economic analysis and strategic development. During his long career, he has served as adviser to government leadership in a broad range of strategic issues, with the last decade focused on the modernization of the Nuclear Security Enterprise.

Trost is a nationally recognized expert in federal real estate policies and practices. He is currently responsible for long-term growth and relationship development for the TechSource, he says on LinkedIn.

Trost has been working at TechSource for almost 18 years, where, aside from his CDO role, he concurrently holds the position of executive vice president. His job sees him extending personal support to clients focused on the National Nuclear Security Administration and its national laboratories.

Before joining his present company, Trost was program manager at Resource Consultants, where he worked for less than two years. During his time with the company, he was tasked with marketing to the Department of Energy and was a key person on the Mound Proposal Team, his LinkedIn profile reveals.

Earlier in his career, Trost was vice president at SAIC, where he worked for over seven years. He obtained his bachelor’s degree in political science and government from the University of California, Berkeley.