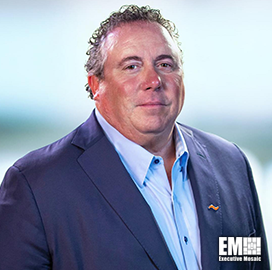 Wagoner has more than 30 years of corporate leadership experience in general management, according to his company profile.

He spent a big portion of his career with Science Applications International Corporation, taking on the roles of senior vice president, general manager and sector president. One of his main responsibilities was leading the separation of the legacy SAIC entity, which then created Leidos and the new SAIC.

His LinkedIn profile shows that he also worked for Data Systems Analysts. As DSA’s senior vice president, he was in charge of defense and intelligence operations. He provided leadership in areas such as business development and line operations.

In addition, he was the former vice president of ChoicePoint, which now operates as LexisNexis. During his stint with ChoicePoint, he was involved in setting the company’s strategic direction, building sales and delivery teams and closing acquisitions.

He was also a member of the board of directors at Patricio Enterprises, TeraThink and Thomson Reuters.

A multi-awarded executive, Wagoner is a two-time Wash100 winner. He won the award in 2015 for his efforts in government contracting and in 2021 for driving LMI’s revenue and growth strategy during the COVID-19 pandemic.

Wagoner graduated from William & Mary with a bachelor’s degree in finance. He also attended Virginia Polytechnic Institute and State University, where he earned his Master of Business Administration degree.