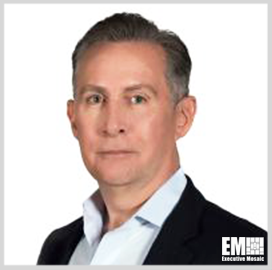 Edward Morche serves as the president of Lumen’s North America enterprise and public sector team. Lumen said Morche has more than 25 years of experience in business and technology.

Morche previously held several senior leadership roles at Level 3 Communications, a hybrid networking and cloud solution provider that was acquired by CenturyLink in 2017.

According to his LinkedIn profile, Morche’s roles at Level 3 include group vice president for regional and government enterprise, senior VP and general manager of federal sales, VP of carrier offer management, VP of business development and VP of product management.

He said that he later transitioned to CenturyLink to serve as president of strategic enterprise and government markets, a role he held for nearly three years.

Prior to joining Level 3 in 2001, he served as VP of network operations at Igaea Communications. He said he was responsible for engineering, liquidity coverage ratio, route management, provisioning, purchasing and fault resolution.

He spent four years at Teleglobe in managerial roles that oversaw global traffic management. Prior to Teleglobe, he briefly served as business operations manager of global engineering services at Global One.

At one point, Morche ran his own company. As owner and operator of Baukunst Construction, he completed full design-phase work with clients, obtained permits and inspections, managed payroll, and planned carpentry and masonry construction, according to his LinkedIn profile.

He earned both a bachelor of science degree and a professional degree in architecture from the Catholic University of America.