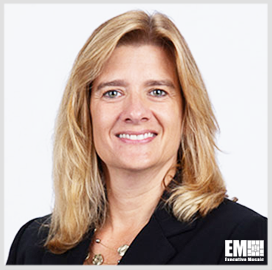 Her main responsibility is ensuring engineering excellence for all RI&S programs. Ferraro’s contributions support the production of advanced defense and information systems, according to her company profile.

Having been with Raytheon for the past 27 years, Ferraro has taken on various leadership roles at the defense company.

She is the former senior director of supplier assurance at RI&S. In that role, she was in charge of a team tasked with proactively addressing supplier quality issues, reducing defects and receipt of non-conforming supplier material and improving supplier performance.

Outside of Raytheon, she had a stint as deputy vice president of engineering at BAE Systems.

A decorated leader, Ferraro has received multiple awards from the Society of Women Engineers such as the SWE 2007 Emerging Leaders Award and the SWE 1999 Distinguished New Engineer Award. She is also a recipient of the Mass High Tech “Women to Watch in 2006” Award.

Ferraro holds a doctorate in electrical and computer engineering from the University of Massachusetts at Amherst.

Posted on September 14, 2021 by Adrian Rosenberg