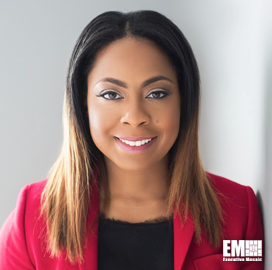 Erika Marshall is the vice president of business development at Lockheed Martin. She has been with the company for over 20 years.

As VP, she oversees business development, capture and strategy efforts to advance the company’s C6ISR line of business across multi-domain C4ISR, cyber warfare, anti-submarine warfare and undersea markets. She has been holding this position since October 2019.

Before assuming her current role, she was a program director and general manager for the Persistent Surveillance Systems organization within the C6ISR business line. In this position, she was responsible for delivering intelligence, surveillance and reconnaissance solutions to government and civilian customers worldwide, according to her LinkedIn profile.

Marshall was also the program director and general manager of the Manned Combat Submersibles and Autonomous Underwater Vehicle product lines, also within the C6ISR business line. She held this position from 2014 to 2018.

Marshall held other leadership roles at the company, including engineering manager and capture operations lead official for the Japan F-35 program. She started her professional career in 2001 as a software engineer staff at Lockheed Martin.

Lockheed Martin offers various aircraft platforms, directed energy, hypersonics, situational awareness, missiles and integrated air and missile defense systems. It is headquartered in Bethesda, Maryland, and has multiple offices within and outside the U.S.