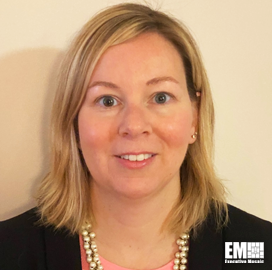 Erin Breen serves as the director of program support at Risk Mitigation Consulting, which supports mission assurance and protection programs.

As director of the program support division, she oversees support to risk assessments and technical editing for the military customers of the company.

Breen became director of the division in 2019 after serving as program support manager for six years, according to her profile posted on LinkedIn.

In her previous role, she was a member of the Mission Assurance Assessment Central Team in support of the Chief of Naval Operations and led the U.S. Marine Corps MAA team.

In the roles, she provided on-site support to Headquarters Marine Corps plans, policies and operations.

Between 2008 and 2011, Breen started at CRA as deputy project manager for defense programs, providing exercise coordination, presentation and management to the USMC.

After nearly four years in the role, she was promoted to project manager of defense programs.

In August 2007, she joined Systems Planning Corporation as an emergency management analyst, holding the role for eight months before rejoining CRA.

The RMC director is a graduate of the University of Central Florida with a bachelor’s degree in political science.