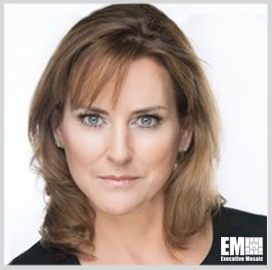 Erin Hawley is the vice president of Data Robot’s public sector business, offering key contributions to the implementation of the company’s enterprise machine learning platform, which provides end-users with accurate predictions at scale.

Prior to working for DataRobot, Hawley spent four years at Cloudera Government Solutions, where she was appointed as director for national security programs. In the said role, Hawley focused on the public sector intelligence community territory and business development within legislative affairs. She also contributed to making Cloudera the leader in the open-source Apache Hadoop ecosystem.

In an article for FCW, Hawley described next-gen technologies like AI and ML as game-changers in the federal government, considering their ability to facilitate faster and more accurate decision-making.

According to Hawley, federal agencies should follow in the footsteps of private companies that use AI. In particular, she suggested that the federal sector weaponize AI against sophisticated cyber adversaries to pinpoint insider threats before they strike and proactively identify fraud or anticipate terrorist attacks.

“Given the national security and economic threats we face and the growing shortage of data scientists, embracing this innovation is critical for staying one step ahead. With the power of AI and machine learning, this capability is now at our fingertips,” Hawley wrote.