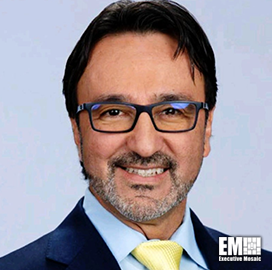 Eugene Jaramillo is the vice president of global supply chain management at Raytheon Missiles & Defense, working out of Tucson, Arizona. He oversees strategic relationships with a network of suppliers around the world for air and missile defense systems, precision weapons, radars, command and control systems, and advanced defense technologies, according to his LinkedIn profile.

Jaramillo describes himself as a leader with over 30 years of experience in aerospace and defense. His team is responsible for over $6 billion in annual material spending and a global workforce of over 1,500 employees.

Jaramillo joined Raytheon in 2003 as a director of quality space systems. Over the past 19 years, he has steadily moved up the management ladder. He was with Raytheon Company when it merged with United Technologies Corporation to form Raytheon Technologies.

Before joining Raytheon, Jaramillo was director of supplier quality at Boeing Satellite Systems. He worked at Boeing for over 18 years.

Jaramillo earned his degree in operations management from the University of Southern California. He later earned his Master of Business Administration degree from Loyola Marymount University. Additionally, he earned an associate’s degree in laser technology and laser optics from Pasadena City College.