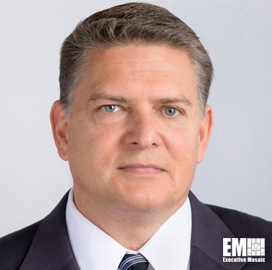 Alex Fox is the executive vice president of business development, sales and marketing at Hawkeye 360, a data analytics company. As he joined the Hawkeye 360 in February 2019, Fox brought with him over 20 years of executive leadership experience in engineering, operations, business development and space technology, according to his LinkedIn profile.

He previously served in L3Harris as director of Space ISR Solutions. Fox's other prior roles include associate partner for national intelligence solutions at IBM; president at AJF Consulting; VP of global defense and intelligence at DigitalGlobe; and geospatial programs executive at Northrop Grumman.

He served nine years as the company's VP and chief information officer for products and solutions. For 13 years before that, Fox served as GeoEye's VP of engineering, products and services.