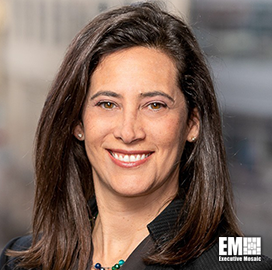 For nearly four years, Ringel has been directing all of Accenture Federal Services’ legal services and leading the company’s ethics and compliance program.

She also serves as the legal advisor to the company board, according to her LinkedIn profile.

Ringel was appointed to her current position after serving three years as senior legal counsel of litigation and disputes as Accenture.

As a lawyer, Ringel also served as counsel for Dickstein Shapiro from October 2001 to January 2013. While at Dickstein Shapiro, she focused on business litigation and government investigation matters.

For over two years, she taught legal rhetoric as an adjunct professor at the American University Washington College of Law.

Before serving as a professor, she spent over seven years as an assistant district attorney for the New York County District Attorney’s Office. In the said role, she served in the trial division and the official corruption unit.

Ringel is part of the President’s Council of Cornell Women, a group that enhances leadership opportunities for Cornell University students, faculty, staff and alumni.