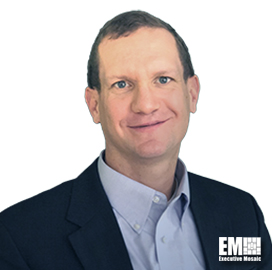 Gavin Greene serves as Centauri's vice president of space and airborne engineering, leveraging about two decades of technology industry experience in corporate strategy and growth. He is responsible for delivering the company's security, technology and engineering solutions to intelligence and defense customers. Before he joined Centauri in October 2019, Greene served as NT Concept's vice president of corporate strategy and growth, according to his LinkedIn profile.

Greene was also in charge of NT Concept's marketing branding, consultants and proposals. He is credited with winning multiple contracts from new Intelligence Community customers in less than a year.

Greene began his professional career in 2000 with Science Applications International Corporation, an information technology company, where he eventually served as a manager.

He holds a bachelor's degree from DePauw University and a master's degree in business administration from American University.