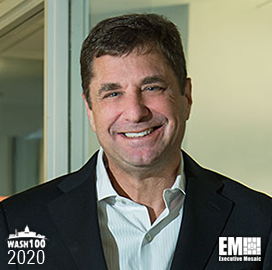 Talcove previously served as Juniper Networks' vice president of public sector for the Americas. In that role, he led the company's federal, state, local and education sales.

Between 1991 and 2003, Talcove held directorial roles in several organizations such as ICMA, Cabletron and Entrasys Networks.

He has served on the board of the National Center for Missing and Exploited Children for over 12 years and the Drug Enforcement Administration Educational Foundation for two years.

He earned a master's degree in public administration from the University of Maine and attended executive programs at The Wharton School and Harvard Business School.