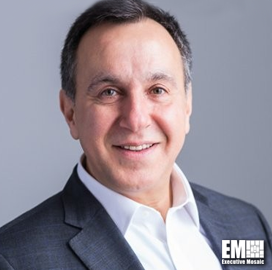 Jamil Hermes is the chief growth officer of Cognosante, a Virginia-based company specializing in information technology and services.

Since his appointment in October 2019, Hermes has been collaborating with the company president and the executive team to promote Cognosante’s technology solutions to federal and state clients.

He has more than three decades of experience in the government sector, gaining expertise in government healthcare IT, operations and services, according to his LinkedIn profile.

Most recently, Hermes served as principal at Hermes Consulting Group for eight months.

The executive was also a three-year senior vice president and CGO at Optum Serve. In this role, Hermes led the Optum Serve’s effort to secure the $54B Veterans Affairs Community Care Network award. He also pursued a balanced pipeline of over $10B in qualified opportunities, including strategic consulting, IT engagements and large healthcare services opportunities.

In addition, he was an industry general manager for Federal Health at CSC, which is now part of General Dynamics Information Technology. Throughout his nearly two-year term at CSC, he contributed to making significant improvements across critical growth, operational excellence, and customer satisfaction metrics.

Hermes earned his bachelor’s degree in business administration from the University of La Verne and a master’s degree in computer and information science from the New Jersey Institute of Technology.