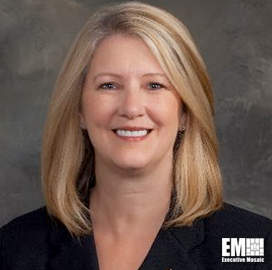 Michele Evans, a 2020 Wash100 winner, serves as the executive vice president of Lockheed Martin's $20B aeronautics business. She leverages over three decades of experience in the defense and aerospace industries gained by serving commercial and international military customers. Evans held positions of increasing responsibility throughout her 34-year career in Lockheed, according to her LinkedIn profile.

As an executive sponsor for the Women's Impact Network and Leadership Forum, Evans is credited with actively advancing the company's diversity and inclusion efforts.

Evans served as deputy executive VP for aeronautics before she assumed her current role in October 2018.

Evans joined the company in October 1986 as vice president of modernization, sustainment and advanced programs, holding the position for over 23 years.

She also serves on the board of the Smithsonian Air and Space Museum and on the advisory board of Clarkson's Coulter School of Engineering.