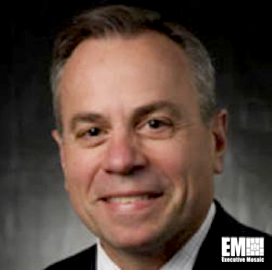 Ray Spicer has been serving as vice president for defense and intelligence of IBM Federal since January 2020.

Prior to his current role, he served for nearly three years as director for defense and intelligence of IBM Federal.

During his four-year career at IBM, he was also named director of the strategic relationships team at IBM Federal, where he led the delivery of professional consulting to IBM to promote the company’s federal market growth, according to his LinkedIn profile.

The executive joined IBM after a four-year term at Boeing, where he held the position of director of Kestrel programs and chief operating officer of integrated information systems of the company’s defense, space and security business.

In addition, he was the deputy assistant to the president and director at the White House Military Office, as well as commander of the Carrier Strike Group TWELVE.

He completed his bachelor’s degree in ocean engineering from the U.S. Naval Academy and a Navy executive business course from the University of North Carolina at Chapel Hill.