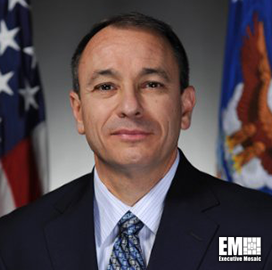 Before he launched his business in April 2017, Poussard worked at Advanced Concepts and Technologies International as president of contracts and business development.

The small business served government defense customers in the markets for financial, engineering, program support, cyber and logistic services, according to his LinkedIn profile.

Prior to joining ACT I in March 2015, he served as NASA's director of contract and grants policy. Poussard was responsible for cost and price analysis of over $14B in annual NASA spendings for space systems development and mission support services.

He also led the agency's contract policy and process compliance with the Federal Acquisition Regulations.