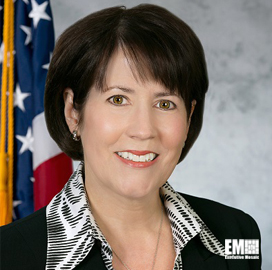 Susan Miller serves as the president and CEO of Inmarsat Government, a developer of government communication technologies. She is responsible for directing the company's general operation and business strategy. Miller leverages over two decades of senior executive leadership experience in developing technologies for both the government and commercial sectors, according to her LinkedIn profile.

Before she joined Inmarsat in July 2013, Miller served as MTN Satellite Communications' executive vice president of strategy and corporate development.

She was in charge of developing MTN's long-term strategic plan and growing the company's government services business unit.

Her other prior roles include CEO at Spacenet Integrated Government Solutions, principal at MESi, senior VP of satellite services at SkyTerra and president at Intelsat General.

Some other well-known organizations she worked at are LightSquared and Hughes Aircraft.

Miller began her executive career in 1995 as the VP of engineering and operations at COMSAT World Systems. Five years later, she left COMSAT to pursue a similar role in Lockheed Martin Global Telecommunications.