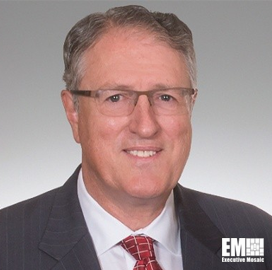 Tim Lamb joined Chenega in October 2017 as the president of its security strategic business unit.

In the said role, Lamb provides oversight to multiple complementary companies that offer security and protective services to customers in the U.S. and overseas.

Most recently, Lamb was the president of Chenega’s subsidiary, Chenega Infinity. For over two years, the executive led the subsidiary in capturing business opportunities and delivering a wide spectrum of security services to the federal and private sectors within the U.S. and abroad.

He also spent four years as the president of another Chenega subsidiary, Chenega Security and Support Solutions. Over a two-year period during his tenure, CS3 was able to build over $248M in new business for our shareholders.

Additionally, he served as the vice president of international programs for Chenega Security and Protection Services. While at CSPS, Lamb managed contracts in support of the Missile Defense Agency and Space and Missile Defense Command in northern Japan, Hawaii and Alaska.

Lamb earned both his bachelor’s and master’s degrees in criminal justice from the University of Nebraska. He also attended the FBI National Academy and the U.S. Army War College.