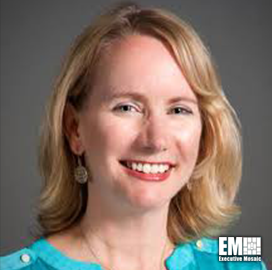 Tina Richards serves as a senior vice president and the chief procurement officer at Science Applications International Corporation. She has served in the company for nearly a decade and is credited for redesigning the company's procurement system to reduce layers and improve business development and capture. Richards also expanded SAIC's relations with small businesses by introducing the role of small business liaison officer, according to her LinkedIn profile.

Before she took on her current role in February 2017, Richards served as the vice president of SAIC's materials procurement group, leading a group of 50 federal procurement professionals.

Richards joined the company in February 2011 as a procurement manager. She handled 16 buyers supporting SAIC's intelligence, surveillance, and reconnaissance group.

She also worked as a subcontract administrator at Foster Wheeler Environmental. She was responsible for the procurement of engineered equipment consumables and services subcontracts for the Department of Energy's TRU/Alpha LLW project.

She earned bachelor's degrees in history and political science from the University of Tennessee, Knoxville.