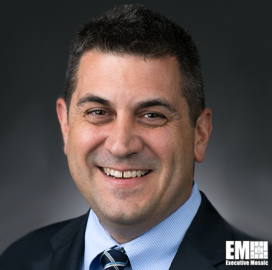 Todd Probert serves as CAE's group president of defense and security, leveraging two decades of technical, business and international experience in defense and technology. He assumed his post in late January by succeeding Gene Colabatistto upon his retirement. Probert most previously served in Raytheon Intelligence, Information and Services as vice president of C2, space and intelligence, according to his LinkedIn profile.

During his nearly seven-year tenure in RIIS, Probert also served as VP of mission support and modernization and VP of engineering and technology.

He joined Raytheon in August 2010 and briefly served as its VP and chief operating officer of mission operations solutions.

Probert began his professional career at Honeywell Technology Solutions, where he spent over 12 years. He eventually served as the company's VP of business development and strategy.