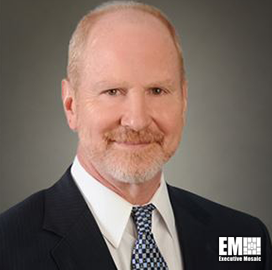 Before he joined BWX in July 2018, McCabe served as the executive VP, general counsel and secretary of Orbital ATK. He was credited with negotiating the company's sale to Northrop Grumman, according to his LinkedIn profile.

From 2005 to 2008, he served as the vice president and deputy general counsel of Sirius XM Radio, a satellite radio company worth an estimated $1B.

His other prior roles include president and CEO at COBIS MicroBanx; and general counsel, secretary and SVP of corporate development at GRC International.

McCabe began his professional career as a judicial law clerk to Judge Charles Richey at the District Court of Washington, D.C. He briefly worked at the Reavis & McGrath law firm as an associate.

He also had a seven-year stint at McCarthy & Burke, another corporate law firm based in Washington, D.C.

McCabe holds a doctorate in jurisprudence and a master's degree in business administration from the University of Notre Dame Law School.