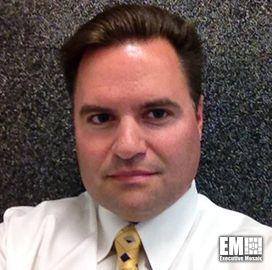 Brendon Kruk, sales executive at Mattermost, recently spoke with the Potomac Officers Club in an Executive Spotlight interview to discuss his experience growing up overseas, his thoughts on U.S. foreign policy and his suggestions for change within the federal government. Kruk has extensive experience providing technology to federal agencies and has previously held executive sales positions with companies such as SailPoint and Software AG.

What can you tell us about your background and how you’ve been able to adapt to the ever-changing challenges of the federal landscape over the course of your career?

“Having grown up in Saigon, Cairo, Riyadh, Copenhagen, Munich, Vienna and many other cities, I got to be involved in the front-line of U.S. agency interaction with the world. Whether it was State, CIA, DOD, NAMRU or USAID, I was able to participate with these U.S. programs in the field and get access to their leaders in-country, who were actual friends and family. Being an expat provides a really sobering view of U.S. implementation of foreign policy in a realistic way. After being declined admission from the State Department and CIA, I decided to sell software to the U.S. federal government.”

When did you decide to pursue a career in the federal landscape and what were the key tasks that you wanted to complete? Any bigger goals you still want to accomplish?

“When the State Department and CIA let me know I would not have a career with them, I had to decide on another way to serve my country. Yes, there were significant financial benefits from being part of the burgeoning technology incubator that was growing in the Virginia suburbs with such technology companies like AOL, UUNET, webMethods and many more that I had the privilege to be a part of their teams. I kept up with the rapidly changing software at these companies and translated that into mission benefits for the U.S. federal government.

I have already experienced professional satisfaction with some programs that I take very seriously and was able to humbly participate in some small manner with a small contribution. But I take those seriously, and I hope to continue to participate in these national security programs and other crucial programs, such as opioid reduction, that are heavily dependent on the best that software has to offer.”

If your career came to an end tomorrow, what would you say have been the most significant accomplishments of your career? Where do you feel you made the most impact?

“I am most proud of listening – listening carefully to very important, very complex national security missions for America and translating that into what cutting-edge technology can contribute to that mission. There are many salespeople like me in the Washington D.C. area and we play a vital role in brokering what needs to be done and how that can best get done between the frequently opposed worlds of the U.S. federal government and Silicon Valley technology.

Opioids are a direct national security threat eating away at the heart of America, and I was able to participate in a program to tackle some of the ways the U.S. government can help reduce the overabundance of these terrible drugs – very sensitive U.S. Air Force programs that had their mission accelerated, or in some instance, revolutionized by the application of modern software.

That is why I am a proud member of organizations like the Potomac Officers Club, which allows for a free flow of partnership between the software industry and government leaders so that we can learn and grow from each other to attack these critical national security problems.”

If you were given free rein to enact changes in the federal landscape, what are the first three changes you would implement and why?

“I think we all work for the same team and want to achieve the same goals. What I see the most in the federal landscape is devoted workers that would like to accomplish their mission, but are hamstrung by red tape, overregulation and lack of congressional leadership. At such a crucial time for U.S. national security, my view is that our first three changes would revolve around recognition of the massive security threat posed by the rising power of China. I lived through the Cold War and studied the foreign policy of the USSR, and I do not have a comfortable sense of the urgency of the entire U.S. federal government to confront this challenge.

My first change would be to re-align the federal government to acknowledge the primary threat posed by the CCP. My second change would be to ask agency leadership to draft their action plan to confront these challenges. Third, I think we need to have serious congressional leadership backing up the rest of the government to execute these action plans. For example, we need supply chain changes around pharmaceuticals and semiconductors immediately, even more so than the bills that have already been passed.

Some might view this as very reactive and confrontational, but back to my experiences of being an expat living outside the United States, I do not take our freedoms and security for granted, as they can always slip away at a moment’s notice if we are not vigilant, clear-eyed and working together as a team. In today’s world I am very concerned that our business, financial and political ties to the CCP have come at the expense of allowing them to catch up with us rapidly, and now they are showing their plans for world domination.”