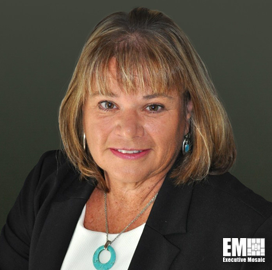 Jean Schaffer, federal CTO at Corelight, recently spoke with the Potomac Officers Club to discuss the changes she’s navigated within the federal landscape through her career, share her thoughts on where the federal government can improve and shed some light on how companies can better leverage new technologies. Schaffer previously spent over three decades at the Department of Defense, holding multiple senior executive roles at agencies like DIA and NSA.

What can you tell us about your background and how you’ve been able to adapt to the ever-changing challenges of the federal landscape over the course of your career?

“I joined the National Security Agency as I completed my undergraduate Computer Science degree from Louisiana State University and relocated to Maryland. The technical challenges related to NSA’s SIGINT and cyber mission have always lent themselves to being on the cutting edge of technology. NSA and the intelligence community encourage growth via movement of positions within the community, allowing me the breadth of working different facets of the challenges.

Supporting the SIGINT mission early in my career, as we endeavored to gather intelligence from nation-state adversaries’ networks, was foundational for my later success leading the organizations that operate and defend NSA’s, DIA’s and the IC’s global networks and as I served as DIA’s CISO.

Throughout the course of my career, organizationally, we went from ‘No Such Agency’ status to one that is much more open and public-facing. I saw the formation and maturing of the Office of Director of National Intelligence after 9/11 to reform and strengthen collaboration among the IC agencies. The very public intelligence leaks of Snowden, Manning, the Shadow Brokers and numerous Wikileaks led to a re-examination of how the IC accomplishes its mission. Constant changes due to technological advancements and policies became the norm, which brought great innovation and ingenuity to solving technical challenges because meeting mission requirements is and will always be the overriding focus of the IC.

My pivot to the private sector as Federal CTO of Corelight, the fastest growing company in the Network Detection and Response (NDR) space, allows me to continue to focus on solving challenges for the federal cyber mission. I understand the operating environment they must navigate and the restrictions they must work through to continue to push both innovation and the mission forward.”

What are the core values that you believe are essential to build a great team and establish a foundation to drive success in such a competitive industry?

“Having spent almost half of my career as a senior executive leading organizations of all sizes, one key lesson learned is that success is a team effort. How do you create that feeling of team, where everyone pulls in the same direction, collaborates and helps each other succeed? I believe that it starts with a leader who sets a vision and is excited about achieving it, but is realistic about what it will take to resource the implementation plan.

The majority of employees want to understand and meet the expectations set for them and to be able to see how their contributions are feeding into the vision. Two-way communications, trust and having a safe, non-judgmental environment go a long way in establishing the foundation that drives success for any organization.”

If you were given free rein to enact changes in the federal landscape, what are the first three changes you would implement and why?

“The top three changes that I would advocate for in the federal landscape are acquisition, hiring structures (including compensation) and streamlining of processes. You will note that these are not new and novel thoughts, and considerable effort and improvements have been made in each, but there is still such a long way to go. Over the decades, federal acquisition rules and laws have been enacted — all for good reasons. But the FAR is so complicated that it takes a huge ecosystem of resellers and other specialists to connect promising tech to buyers who need it. There has got to be a better way!

The hiring process and the inflexible compensation structure continues to hamper the government from being able to obtain the best and brightest minds that this nation has. The ability to freely flow from private industry to government and back again is a goal, but yet unattainable in reality. There are some alternative hiring practices that are available, but not easily or commonly used. Just think what could be achieved if this one area could be solved.

The government is steeped in bureaucracy. Is it really necessary? Of course there needs to be guide rails and processes, however, I believe that this has gotten worse over the years instead of improving. An easy example to cite is the process for terminating employment for unproductive federal employees. Due diligence is required to ensure that termination isn’t because of a manager’s dislike or bias, or simply due to a mismatch between an employee’s skills and job responsibility that is easily solved with a reassignment. But when an employee simply isn’t contributing and has been provided ample opportunity to do so, the bureaucratic process for termination is so lengthy and overbearing on the manager that many prefer to ignore the issue instead. This is harmful for our nation on many fronts and contributes to the poor stereotype of government workers. Government overspending and difficulty in attracting top notch talent are just two examples where the bureaucracy is harmful.”

With emerging technology influencing the federal government and industry more by the day, what are some of the challenges on the business side of innovation that aren’t always discussed as often as they should be?

“Technology innovations occur everyday and are largely what drives tens of thousands of startups each year, although a much smaller percentage of them actually become profitable and sustainable. Whether in industry or the federal government, the new idea, workflow or product has to be incorporated into the existing ecosystem so that value is obtained. It is easy to buy a new product, but the integration of this product into the daily routine and rhythm of the organization is what is going to determine whether the innovation will be successful. The business processes surrounding newly introduced ideas, workflows or products are what need to be focused on.”