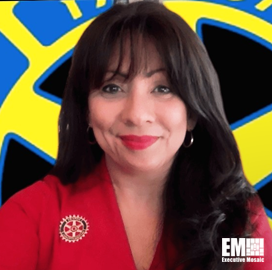 Innovators from Nebraska highlighted passion, risk taking, persistence and learning from failure as some of the most important aspects of success during an interview with NET Television producer Mike Tobias for a segment called “Innovator Insights.”

Kana Systems Chief Executive Officer Mailani Veney, a member of the Potomac Officers Club, stressed the importance of persistence, a value that she and her brother demonstrated during their teenage years when they started a food business aboard a Navy ferry.

Veney said she continues to embody the trait and focuses on helping others flourish despite obstacles, Nebraska Educational Telecommunications reported Thursday.

Tina Diaz-Ciechomski, owner of Future Construction Specialties, added that it is important to celebrate mistakes since these things are all part of running a business. For her, embracing failure means studying where things went wrong the first time and doing things differently the second time to keep mistakes from happening again.

On the other hand, Garry Clark, president and CEO of the Greater Fremont Development Council, touched on the importance of risk taking. According to Clark, innovators should take on the mindset of a risk taker because growth comes from stepping outside the box and considering new opportunities.

Tobias also sat down with Joe Brugger, co-owner of Upstream Farms, who shared his insights on the idea of pursuing one’s passion. Brugger said individuals who pursue something that they are not exactly interested in are unlikely to get a sense of fulfillment.