NetAbstraction announced the appointment of retired Admiral Michael Rogers, former head of the U.S. Cyber Command and director of the National Security Agency, as chairman of the company’s board of advisers. Under his new role in the private sector, Rogers will provide oversight to the company’s advisers on matters of product, technology and corporate strategy.

Rogers, a past POC event speaker and Wash100 winner, served as the second commander of the then newly-established Cyber Command. He also served as director of the National Security Agency and as chief of the Central Security Service.

Following his appointment at NetAbstraction, which refers to itself as the “security by obfuscation company,” Rogers said he looks forward to working with the company’s board of advisers and management team to help make their obfuscation products a mainstay for security-conscious companies. The retired admiral said the company has developed unique defensive technology that enables organizations to evade many forms of attack from both financially motivated criminals and more sophisticated adversaries.

For his part, Gordon Lawson, CEO of NetAbstraction, said Rogers has been one of the most influential figures in the history of the U.S. Cyber Command and has helped reshape the country’s cyber defense capabilities. The admiral’s career experiences fighting the world’s most sophisticated cyber adversaries will be invaluable as the company markets its obfuscation technology to businesses and government agencies, the executive added.

The network engineering and cybersecurity firm enables organizations to protect the privacy and security of identities and systems by intelligently selecting and obscuring global network pathways on the Internet, NetAbstraction said Wednesday. 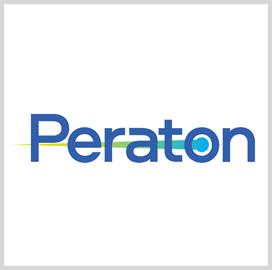