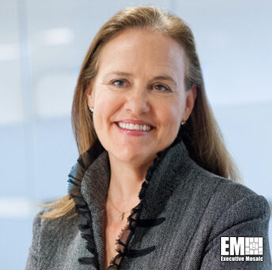 Michele Flournoy, a former undersecretary of defense for policy and managing partner at WestExec Advisors, has called on the Biden administration to prioritize investments in the Joint All Domain Command and Control initiative to ensure that the U.S. military maintains its battlefield advantage.

Speaking at The Hill’s Defense Summit, Flournoy said the country’s overinvestment in legacy systems and underinvestment in capabilities such as artificial intelligence and unmanned systems would eventually lead to the military losing its edge over adversaries.

Flournoy, a past Potomac Officers Club event speaker and Wash100 winner, recommended that the government focus on building a resilient network of networks to enable JADC2, FCW reported.

According to McConville, the government should expect adversaries to actively try to counter the technologies used by the U.S. military and take away the advantage granted by joint operations.

The military’s JADC2 is a multi-billion dollar initiative focused on connecting sensors, shooters and data across all military services to enable distributed mission command at the scale.

The Air Force is doing their part to advance the JADC2 concept through the Advanced Battle Management System. The service branch made breakthroughs in a recent ABMS field test, where it was able to integrate AI into the kill chain.

On their end, the Navy is contributing to the military’s JADC2 initiative via Project Overmatch, which is aimed at facilitating synchronized swarming attacks at sea.