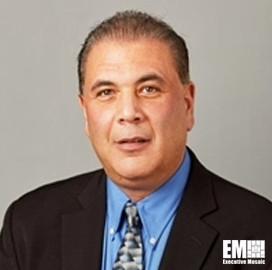 Mike Kahn, president and CEO and a Wash100 winner, said Sartwell is an operations leader with more than three decades of experience in deploying initiatives in the aerospace and defense sectors.

“The insight and skills he has gained over his career will be of great benefit to CAES as we continue to advance our operations and drive continuous efforts to deliver improved business results throughout the company, “ he said.

Sartwell said he is committed to working for the organization to advance its programs and operations in the latest electronic warfare, space, radar and missiles technology.

“CAES is well-known in the aerospace and defense industry for its advanced electronics and recognized for its commitment to quality and product excellence,” he said.

Before joining the company, Sartwell headed the operations unit at L3Harris Technologies where he put in place standardized tools, processes and methodologies to enhance the production output performance. During his nine-year tenure, he held other senior management roles focused on the manufacturing process and quality improvements.

Previously, he spent seven years at Raytheon Space and Airborne Systems, serving in different capacities. His most recent role was senior manufacturing manager for radar, overseeing the operations, development, production and repair of radar systems for the government and foreign military sales customers.

He began his career at Lockheed Martin Missiles and Fire Control, taking on the role of a manufacturing manager, responsible for the operations group in the transition to production of Apache AH-64 EO-IR targeting system.

Sartwell earned his bachelor’s degree in production management from Florida Southern College and a graduate of the Wharton Executive Senior Leadership Program.