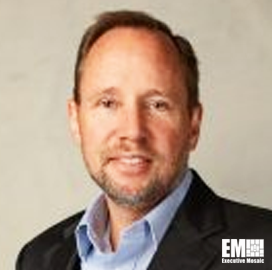 Frank Wakeham is a principal and director at Booz Allen Hamilton, where he leads the Navy and Marine Corps headquarters business segment.

He leads a team providing a range of domain and functional support to the Office of the Chief of Naval Operations, the secretary of the Navy, Naval Education and Training Command and the Bureau of Naval Personnel, Booz Allen said.

Wakeham has more than 25 years of experience in military and business leadership. He has a history of building and implementing growth strategies and exceeding growth targets.

Earlier in his 17-year career at Booz Allen, Wakeham led the company's NMC fleet business segment and supported a variety of Navy operational clients, including the commanders of the U.S. Pacific Fleet, the U.S. Fleet Forces Command, the Warfare Development Command and the Navy Reserve Force.

Before he joined Booz Allen in 2003, he spent 10 years of active duty in the Navy as a nuclear-trained surface warfare officer. He also has more than two years of experience in the telecommunications and shipbuilding industries.

Wakeham earned a bachelor's degree in economics from the U.S. Naval Academy. He also holds a master of business administration degree from the Kenan-Flagler Business School at the University of North Carolina at Chapel Hill.