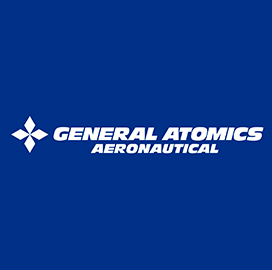 According to AS-ASI, the Sparrowhawk is a launch and recovery aircraft designed with a focus on the Advanced Battle Management System's attritableONE technologies.

The aircraft is based on the Defense Advanced Research Projects Agency's Gremlins Program but with lower costs of operations and offers new capabilities on the MQ-9 remotely piloted aircraft.

GA-ASI said it controlled the Sparrowhawk exclusively using the company's Metis software-defined control station hosted on a laptop, which the company said allowed for lower a logistical footprint, among other benefits.

A fielded meshONE datalink was used to enable collaborative autonomy capabilities among the platforms.

GA-ASI said it used the Cooperation in Denied Environments autonomy engine to better understand the thought process of the unmanned system's artificial intelligence.

GA-ASI is an affiliate of General Atomics that specializes in designing and manufacturing remotely piloted aircraft systems, radars, electro-optics and related mission systems.

US Army Demonstrates Strategy to Combat Threat of Small Drones