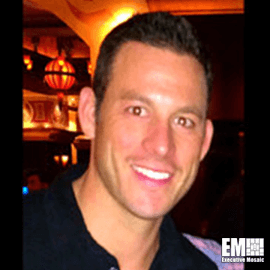 Garrett Lee is the director of federal security sales and operations at VMware Carbon Black, working out of Reston, Virginia. His current role sees him leading a team in helping federal and federal systems integrator customers gain advantages by enhancing, consolidating and modernizing mission-critical cyber capabilities and operations, according to his LinkedIn profile.

Lee has been with VMWare Carbon Black for almost five years. He began his services for the Massachusetts-based cybersecurity company in 2017 as manager of federal channels and strategic programs and then worked his way up to his current directorial role.

Lee makes a point of including in his biography the six-month sabbatical he took in the first half of 2017 to devote quality time with his family and pursue personal goals. Among those goals were restoring a classic Alfa Romeo and managing home expansion projects.

Before his half-year sabbatical, Lee worked at the computer and network security company McAfee as a senior manager of federal channels.

Earlier in his career, Lee was an enterprise solutions group manager at GTSI Corporation. His first corporate occupation was as an account executive at TARGUSinfo, a Virginia-based advertising and consulting firm.

Lee earned his degree in marketing from James Mason University.