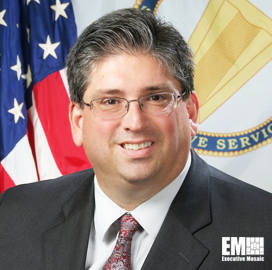 Gary Blohm serves as the director of the Army Geospatial Center, a major subordinate command of the Army Corps of Engineers. Blohm has held the role since August 2018.

As director, Blohm is responsible for supporting the operations, intelligence, acquisition, research and development and modeling and simulation communities with geospatial information and tools.

Before he took on his current role, Blohm served as the director of the Army Communications-Electronics Research, Development and Engineering Center's Intelligence and Information Warfare Directorate.

He also served as the director of the Army Architecture Integration Center for five years, responsible for ensuring the interoperability and supportability of the Army's Enterprise Architecture.

His other credits include program and project leadership roles for the Department of Defense's Digital Broadcast Satellite Program, Army Satellite Communications Engineer and the Army Communications Agency.

Blohm earned a master of business administration from Fairleigh Dickinson University and a bachelor's degree in electrical engineering from Stevens Institute of Technology.