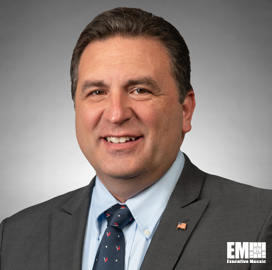 In his role, Wentz is in charge of mission management, hardware integration, program management and launch operations for government and commercial customers.

He also leads a team that provides support to the CST-100 Starliner capsule. Wentz previously served as VP of human and commercial systems, ULA said.

Before joining ULA, Wentz was the CEO of Stratolaunch Systems, an aerospace company specializing in testing hypersonic vehicles. He is credited with playing a key role in leading Stratolaunch Systems through all startup activities in its phase as a small entrepreneurial company.

For his service, Wentz was honored with the NASA Outstanding Leadership Medal, NASA Certificate of Commendation and NASA Space Station Program Team Excellence Award, among others.