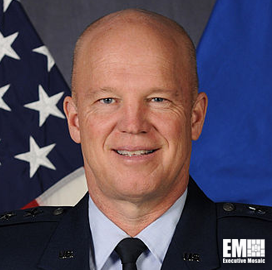 During a virtual event at the Halifax International Security Forum held on Nov. 21, the general said the organization is not only building its goals of protecting the country and partner assets in space but also enhancing capabilities that may be useful in the future, the CHIPS magazine reported Monday.

"We're building a Space Force not just for today, but for 100 years from now. We have to build a service that not only can do what it needs to do today, but also has the vision of where it might go," he said.

He added that a commercial space economy worth more than a trillion-dollar annually may materialize in the near future and security will play an important role in that domain.

"The role of the Space Force is to provide that stability across the domain so commercial companies and nations can flourish," he said.

He added that the service is mainly focused on assisting joint and coalition partners with space control and launch capabilities, which include satellites that provide communications, GPS, missile warning, situational awareness and weather updates.

"Space underpins every bit of our national power. We are strongest when that space domain is stable, secure," he said.

He noted that the Space Force, along with the service’s image and vision, is attracting people to its ranks, adding that he talked to young people who are interested to join.

"Some of those young people are interested because they think they will be deployed to space. And it's actually refreshing to hear that in a future fight they may very well have that opportunity," he said.