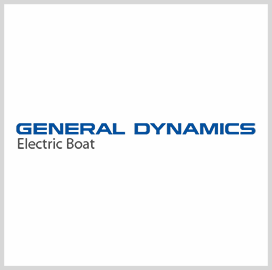 General Dynamics Electric Boat will continue providing design and support services for the Navy's Columbia-class ballistic-missile submarine in line with a $869M contract modification awarded by the service.

“Today’s announcement means ‘game on’ for this exciting and transformational project that will shape our region’s economy for the next two decades — and I know that our talented shipbuilders of Electric Boat are up to the challenge,” said Rep. Joe Courtney, chairman of the House Seapower and Projection Forces Subcommittee.

The new deal includes a fully priced option for the company to begin constructing the first Columbia SSBN 826 in October. If the option is exercised, the contract's cumulative value would increase to $9.5B.

The Navy reportedly plans to build 12 Columbia-class SSBSs to replace 14 Ohio-class SSBNs. Both classes are armed with the Trident D5LE nuclear ballistic missiles.

"This exciting news is a testament to the hard work of countless designers, engineers and waterfront tradesmen and women who have worked so hard each and every day for more than a decade to see this day come,” Courtney added.

James Geurts, assistant secretary of the Navy for research, defense and acquisition and a 2020 Wash100 awardee, said the service wants to enhance its supplier industrial base and improve the capacity of its sub-tier vendors.

He added that such efforts would reduce the risks in its nuclear ship programs and prevent delays in the Columbia program.