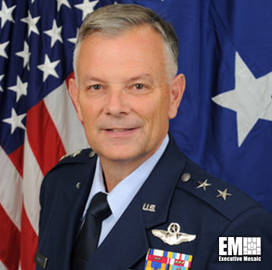 Lt. Gen. Glen VanHerck has been nominated to serve as the next commander of the Northern Command and North American Aerospace Defense Command, according to the Department of Defense.

VanHerck, who is currently the director of the Joint Staff, will receive his fourth star and replace Gen. Terrence O'Shaughnessy, who has been leading NORTHCOM since May 2018, Air Force Magazine reported Monday.

During his Joint Staff tenure, VanHerck assisted the chairman of the Joint Chiefs of Staff and advised the president and secretary of defense. He also coordinated and directed the activities of the Joint Staff and served as its inspector general.

VanHerck was previously the commander of the Air Force Warfare Center and operations director for Air Force Global Strike Command.