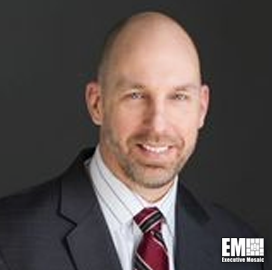 Greg Craddock, CEO, Chairman of the Board at Patriot Group International

Greg Craddock is the chief executive officer and chairman of the board at Patriot Group International, a Virginia-based global mission support service provider serving clients in the intelligence, defense and private sectors.

Since assuming the role of CEO in January 2010, he has provided operational leadership across PGI.

Under his leadership, the company became one of the fastest growing privately-owned companies in the U.S., according to his LinkedIn profile.

PGI was also recognized for its excellence in government contracting. In 2017, the Northern Virginia Chamber of Commerce named PGI the GOVCON Contractor of the Year for companies valued at $25 million to $75 million.

Craddock also steered PGI to becoming one of the best workplaces in Virginia. The company was included in the Virginia Business Magazine’s list of Best Places to Work in 2020 and 2021.

Prior to joining PGI, he served as a consultant to the U.S. government and worked as a protective agent for the intelligence community. He was also a former ranger and special forces soldier.

Craddock graduated from Ferrum College before obtaining a Master of Business Administration degree in organizational leadership from Liberty University.