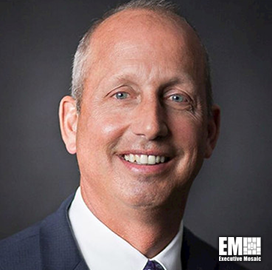 Greg Resutek is the chief strategy and growth officer at aerospace and defense company ASRC Federal, working out of Reston, Virginia. He is a proven leader specializing in strategy, financial analytics, organizational alignment and optimization, mergers and acquisitions, and business development, according to his LinkedIn profile.

Resutek has been with ASRC Federal for almost eight years. He joined the company in 2014 as its executive vice president and chief operating officer, gradually assuming more responsibilities before rising to his current post in January 2022.

Before joining his current employer, Resutek was the vice president of finance at civil engineering firm URS Corporation, where he worked for over seven years. In that role, he led a $2.8 billion division within the company and the over 300 professionals in it.

Earlier in his career, Resutek held several managerial positions at Motorola’s Federal Markets Division. During his over nine years with the company, he rose to become its Department of Homeland Security sales manager. He was named the company’s sales manager of the year in 2006 after exceeding his quota by 185 percent.

Resutek earned his bachelor’s degree in business and finance from the University of Maryland. He later earned his Master of Business Administration degree from George Washington University.