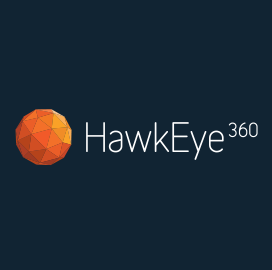 HawkEye 360 has announced that its Cluster 2 satellites have achieved initial operating capability. Cluster 2 consists of three satellites whose designs succeed those of the Cluster 1 or “Pathfinder” satellites.

Mission Space is a commercial platform designed to help users interpret RF data for use in analytics, according to the company’s product page.

Cluster 2 entered orbit aboard a SpaceX Falcon rocket in January. The satellites have since completed functional testing, moved into proper formation and begun to geolocate RF signals, HawkEye 360 said.

Cluster 3 and Cluster 4 are scheduled for launch in June and October, respectively. Further launches are planned for every quarter thereafter through 2023, the company said.

HawkEye 360 is an RF data analytics company headquartered in Herndon, Virginia. The company said its products provide domain awareness and spectrum mapping and monitoring for commercial, government and international customers.