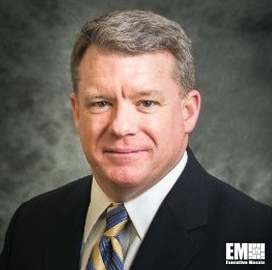 Jack Noel is the director of naval programs at Thales Defense and Security. He has over two decades of military leadership experience in shipboard operations, missile defense, acquisition program management and foreign military sales.

Noel has held his current position since June 2015. In this capacity, he manages the capture process for all naval combat systems and command, control, communications, computers, intelligence, surveillance and reconnaissance programs from inception to contract formation. He also works with other Thales teams across the globe to develop a new solution for construction and naval modernization programs, according to his LinkedIn profile.

He served almost seven years with the U.S. Navy prior to his leadership appointment at TDSI. He was the major program manager for the NATO SeaSparrow and the Evolved SeaSparrow surface weapon systems from July 2012 to March 2015. He managed 13 developments related to the multinational ballistics development program, including the $1 billion ESSM Block 2 missile. He was also the major program manager for rolling airframe missile and close-in weapon systems from June 2008 to July 2012.

In addition to his leadership roles with the Navy and Thales, he served as a program manager at the Missile Defense Agency and as Tomahawk requirements officer at the Chief of Naval Operations Surface Warfare Directorate.

Posted on November 2, 2021 by Lawrence Carter