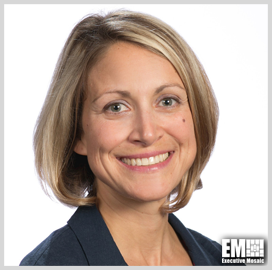 Jackie Schmoll has been recently named as the executive director and general manager of space systems at L3Harris Technologies.

Since taking on the role in August, Schmoll has been responsible for all of L3Harris’ end-to-end space programs. She is accountable for the business unit’s profit and loss statement, capital, independent research and development, discretionary, strategy and growth, according to her LinkedIn profile.

Prior to assuming her current position, Schmoll served as the senior director of strategy and business development for space systems. For over a year, she reported directly to the president of space and airborne systems, working primarily on driving business revenue growth. She led a team of over 40 business development professionals representing end-to-end space mission capabilities.

Previously, Schmoll worked for L3Harris as the director of program management for government geospatial systems. The role put her in charge of sole source indefinite-delivery/indefinite-quantity contract vehicles with the National Geospatial Agency.

Schmoll started her career at a.i. solutions, where she held the roles of mission analyst/aerospace engineer and FreeFlyer advanced programs engineer.