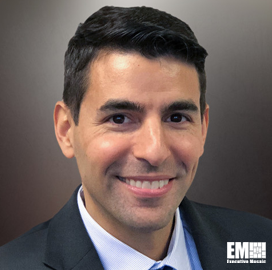 Jake Stenzler serves as vice president of ABS Group’s government sector. He is responsible for the operations and growth of the company’s contracts, which primarily support the U.S. federal government in the fields of national security and risk management. ABSG appointed Stenzler to his current position in 2018, according to his LinkedIn profile.

Has more than 13 years of experience working for nonprofits, companies, government organizations and academia.

Stenzler had been part of ABS Group before. Between 2007 and 2011, he worked for ABS Consulting first as a risk consultant then as a program director.

Afterward, he joined SRA International, where he initially worked as the account manager for the Homeland Security Department and the Bureau of Customs and Immigration. He was later promoted to VP.

Stenzler left SRA in 2016 for T-Rex Corporation, where he latterly served as chief growth officer. He held the CGO position for nine months before rejoining ABSG.

Earlier in his career, Stenzler worked as a congressional science fellow at the House of Representatives, where he provided advice on legislation and policy involving technology, energy, agriculture, homeland security and transportation, among others.

He also previously worked at the ASME Innovative Technologies Institute as director of technology development.

Stenzler is a graduate of the University of Maryland with a bachelor’s degree in fire protection engineering. He also holds a doctorate degree in mechanical engineering from Pennsylvania State University, his LinkedIn profile shows.