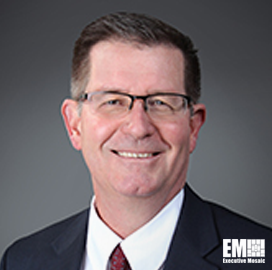 James Peery is a research industry veteran currently serving as the labs director at Sandia National Laboratories, a federally funded research and development center for the National Nuclear Security Administration.

Since assuming the position in January 2020, Peery has been providing guidance for the safe and secure mission execution of Sandia.

Previously, he had a two-year stint as Sandia’s vice president for defense systems and assessments, during which time he led the integration of advanced science and technology into state-of-the-art systems for the National Nuclear Security Administration and the Department of Defense, according to his organization profile.

He also served as a center director at Sandia. For five years, he was the director of the Information Systems Analysis Center, leading the development of new information technologies that enable information superiority for national security and critical infrastructure applications.

Peery also spearheaded Sandia’s research and development activities in high-performance computing as the director of the Computation, Computers, Information and Mathematics Center.

In addition to Sandia, he worked at Oak Ridge National Laboratory, where he led programs in support of the national security missions of the Department of Energy and other government agencies.

As associate lab director for national security sciences, Peery was in charge of research and development efforts aimed at preventing and countering the spread of weapons of mass destruction, providing resilience to cyber systems and advancing autonomous national security capabilities.

While at Oak Ridge, he also had a brief stint as the chief scientist for global security, according to his LinkedIn profile.

Posted on February 9, 2021 by Adrian Rosenberg