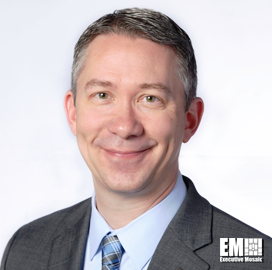 Jason Hart is the director of communications at Empower AI and is a Potomac Officers Club member.

His other responsibilities include communications strategy development and cross-functional collaboration.

He has been with Empower AI since April 2021, according to his LinkedIn profile.

Hart has handled various communications and marketing-related leadership roles throughout his career. Before joining Empower AI, he was the senior director of federal marketing at UnitedHealth Group’s OptumServe business from 2015 to 2020.

The Empower AI executive holds a bachelor’s degree in English language and literature from the University of Iowa.

Empower AI, formerly NCI, offers an artificial intelligence platform that provides insights into and develops solutions for problems facing the federal government. The company is headquartered in Reston, Virginia.

Posted on October 6, 2022 by Lawrence Carter