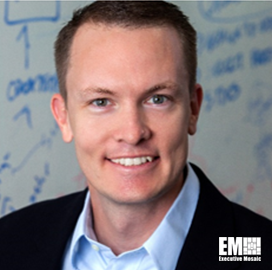 Jason Porter, President of Public Sector and FirstNet at AT&T

Jason Porter is the president of Public Sector and FirstNet at AT&T, working out of Dallas, Texas. For nearly two decades at the company, his goal has always been to harness the power of technology to make people’s lives better, according to his LinkedIn profile.

Porter joined AT&T as an engineering manager in 2002, when he was fresh out of his service in the Army. In the years that followed, he was gradually appointed to roles of increasing importance.

Porter was appointed to his current post in March 2021. In his role as the head of AT&T’s public sector business, he works with his team in solving first responders’ technological needs, Porter’s profile states.

At one time, Porter led the six-year strategic technology planning for the company’s Global Wireline Network, the Mobility Radio Access Network and Domain 2.0 and Indigo initiatives.

Before joining the corporate world, Porter was a captain in the Army. In that role, he managed a platoon consisting of seven non-commissioned officers and 27 enlisted personnel. He oversaw the operations of four tanks, four mortar vehicles and two Humvees.

Porter earned his bachelor’s degree in environmental engineering from the United States Military Academy at West Point. He later earned his Master of Business Administration degree from Regis University.