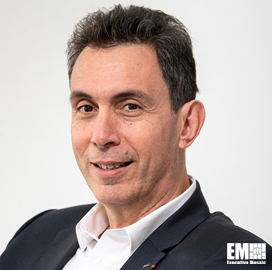 Airbus is a commercial aircraft manufacturer that has divisions for helicopters, aeronautics and space.

Airbus said Nasr previously worked as the head of the company’s Singapore-based unit for the Asia-Pacific region.

He was also an executive vice president responsible for activities in France, the United Kingdom, the Middle East and Africa.

Prior to the said role, Nasr served as president of Cassidian SAS and as head of Cassidian France and Security Solutions.

In 1997, Nasr was named president and CEO of Fleximage, an Aerospatiale company specializing in image analysis software development for intelligence services.

Nasr also worked at EADS Defence & Security, which was rebranded to Cassidian in 2010. He served as the president of the company’s secure networks division specializing in critical communications systems.

He was promoted to president of the company’s integrated systems division, which develops systems and services for defense and security customers.

Nasr earned an engineering degree from the Advanced School of Electricity and a doctorate in physics from Paris University, according to his LinkedIn profile.