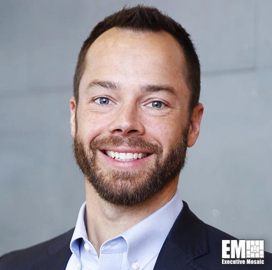 Jed Leonard, VP for Government and Defense at Polaris Industries

Jed Leonard serves as vice president for government and defense at Polaris Industries, a role he has held since July 2018.

He brings into the position more than 15 years of experience in the government and defense markets. He joined the company in 2007 serving in different roles of increasing responsibility, according to his LinkedIn profile.

Leonard’s most recent role was director for government sales, tasked with executing a national strategy to develop and establish business with local, state and federal customers.

Leonard was promoted in October 2011 as a manager for advanced vehicles, responsible for carrying out a national strategy for new opportunities through product development, marketing and product sales to the special operations forces of the military and federal agencies.

In November 2015, he served as a senior manager for more than a year overseeing the maintenance and growth of the Special Forces and U.S. Marine Corps businesses within the Polaris Defense unit.

Leonard began his career in August 2004 as an assistant coach in the U.S. Air Force Academy for more than a year.

From August 2005 to May 2007, he was an officer in the U.S. Air Force’s financial and budget operations, managing a yearly budget of $24M, identifying funding shortfalls and supporting additional financing across seven organizations.

During his almost two-year stint in the agency,  Leonard also handled various projects with different priorities and deadlines while maintaining complete accountability for them. He also managed a budget operation team for funds control and strategy of more than $200M in 20 programs.