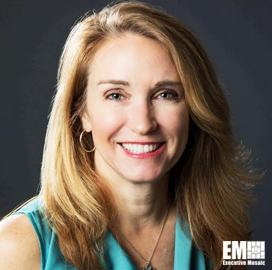 Jennifer Jensen is the vice president for national security and space programs at Draper, a Massachusetts-based organization specializing in space and defense systems, biomedical engineering, navigation and timing, cybersecurity and precision instrumentation.

With a track record of working in the defense, intelligence community and space sectors, Jensen is experienced in crisis management, intelligence analysis, government, operations and emergency management, according to her LinkedIn profile.

In her current role, Jensen is responsible for addressing customer defense and national security challenges. She also oversees the unit tasked with identifying, harnessing and maintaining space-based opportunities and new technologies, including autonomous systems, resilient navigation and communication and cybersecurity.

During her tenure, the defense contractor secured a $133.5M Navy contract modification to continue guidance technology research programs related to the Common Missile Compartment for Columbia-class and U.K. Dreadnought-class submarines. The organization is expected to offer technical support for the hypersonic application of guidance, navigation and control systems to support the two countries' underwater vessel development programs.

In July, Draper announced that it had been tasked with developing an autonomous software suite for small, handheld unmanned aircraft systems under the terms of a three-year, $3.2M contract with the Army. In addition to being platform-agnostic and scalable to larger platforms, the software must enable the Army’s fleet of handheld UAS to operate with less reliance on soldiers.

Before joining Draper in March 2018, Jensen served as vice president of business development for communications, navigation and surveillance systems at Sierra Nevada, responsible for building and sustaining relationships in the Department of Defense and commercial markets.

She started her career in the Army, where she was recognized as an honor flight school graduate and one of the first women to shift to combat aircraft.

Jensen graduated from the Florida Institute of Technology with a bachelor’s degree in aviation management and flight technology and received her master’s degree in business administration from the New Mexico State University.