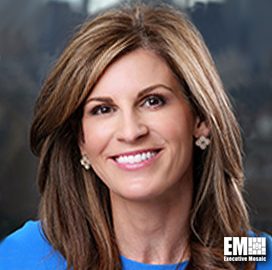 SAP SE has announced that Jennifer Morgan, co-CEO and executive board member, will depart from the company on April 30. She will leave Christian Klein as the sole CEO of the company.

Morgan joined the company in 2004 and was appointed co-CEO in October 2019 alongside Klein. She is credited with championing SAP's position in the experience management solutions industry, the company said Monday.

“Throughout SAP’s transformation, Jennifer has always been laser-focused on customers, partners, shareholders and employees. Klein said.

Morgan previously served as the president of SAP's cloud business group before she was appointed as CEO. In that role, she oversaw Qualtrics, SAP SuccessFactors, SAP Ariba, SAP Fieldglass, SAP Customer Experience and SAP Concur.

“With unprecedented change within the world, it has become clear that now is the right time for the company to transition to a single CEO leading the business," Morgan said.

Hasso Plattner, the chairman of SAP's supervisory board, said he is fully confident in Klein's vision and ability to lead the company amid "a time of great uncertainty in the world."

SAP is a multinational software corporation based in Walldorf Germany. It specializes in enterprise resource planning software for managing business operations and customer relations.