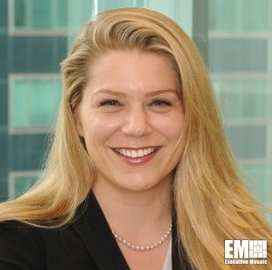 AAR CEO and President John Holmes said Garascia brought a "fresh perspective and energy" to the company's legal and management teams when she joined AAR in February.

Before she was appointed to her current roles, Garascia worked as USG's deputy general counsel. She oversaw the company's legal affairs for treasury and finance matters.

Garascia spent four years as USG's assistant general counsel and assistant secretary, roles in which she managed a team of two attorneys and a paralegal.

She supported the board of directors, managed securities law compliance and filings, oversaw mergers and acquisitions, counseled on corporate and governance matters and supported the company's finance group.

Garascia earned a bachelor's degree in politics from Oberlin College and a Juris Doctorate from Indiana University's Maurer School of Law.